On the Friday of our weekend trip we set off about twelve out of the Airbnb and went into Blackpool. I had googled and found that Papa's fish and chips has vegetarian and vegan options, so we went there for lunch. We've been to the one on Cleethorpes pier so I knew it was nice. It was practically empty when I went in, waiting for Lee, who had gone to park.

I had battered halloumi and chips, it was lovely. We then went into the amusements and stuff like that and played some games. We got ice cream as we were leaving Blackpool, and then drove down towards Lytham St Anne's, where I went a few years ago with Sam and Jac but Lee has never been. We stopped to look at the sea for a bit before driving to Ribby Hall. It's on like a holiday park - I had looked to stay there but it was too expensive for us. The spa is an adults only hotel at the far end of the park.

All the ducks wanted to come and talk to us but sadly we didn't have anything to feed them. We went into the spa hotel and were shown around. You could buy flipflops for £3 each or you could have brought your own, but I didn't know that, so we hadn't. We decided to just go barefoot. I do think for the price they could provide you with flipflops!

The main inside bit has a hydrotherapy pool with three different types of jets, that was really nice. It also has several steam rooms, saunas, and so on. There was an infrared bench that was really warming, I liked that.

Outside there were two hot tubs in different places, and some more rooms, and a bar. We got a drink and went into one hot tub which was REALLY hot, I loved that. We rotated around a bit but especially liked the outside hot tubs. We had two hours, so around 7pm we got out and got dressed.

We had already decided to drive back to Blackpool to look at the illuminations. It was actually a year ago that we went when we were on holiday in Morecambe so that was a nice parallel. We just drove through this time. Because of the traffic it takes about forty minutes from end to end, which gives you plenty of time to look at the lights. We enjoyed it!

That did mean that we got back to the cottage after 8pm. It was fine, we just were both tired. We had eggs and beans on toast for tea and then watched a film before bed. 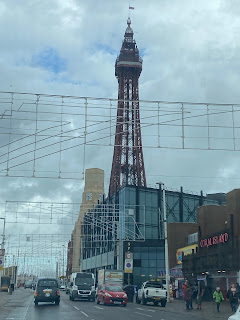 The tower! It's always nice to see Blackpool Tower! 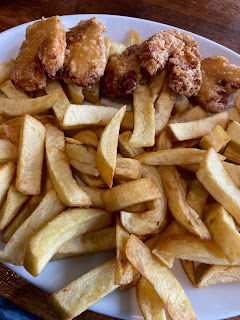 Battered halloumi and chips for my lunch 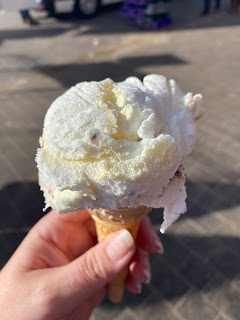 Ice cream as we left Blackpool 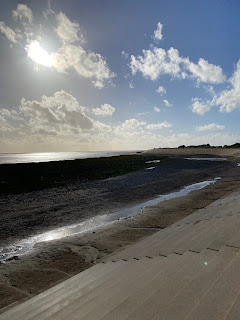 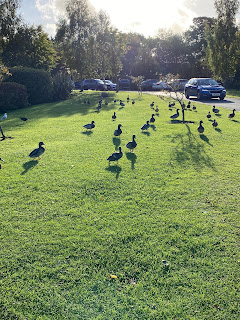 Ducks! So many ducks! 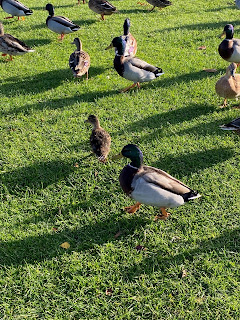 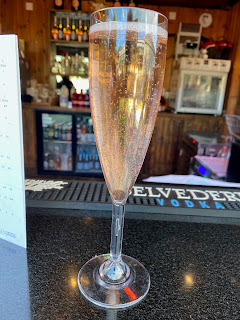 Pink prosecco for me 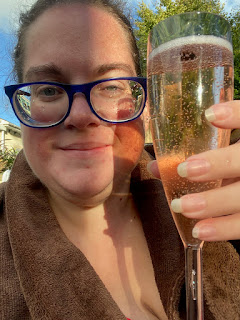 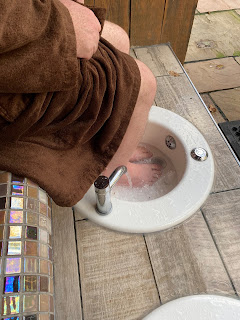 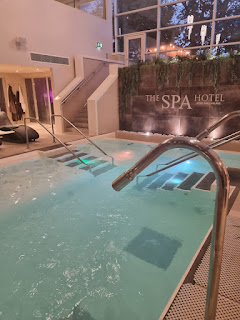 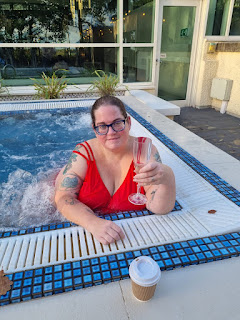 And this is me in the hotter outside hot tub, which I really liked 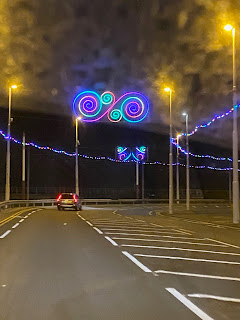 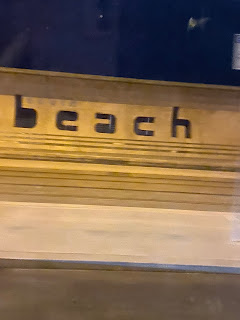 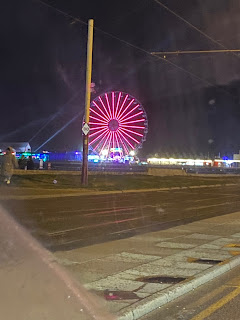 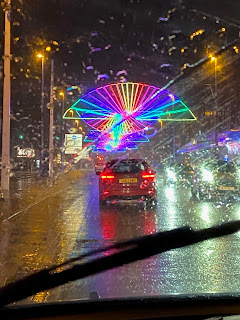 I loved these ones 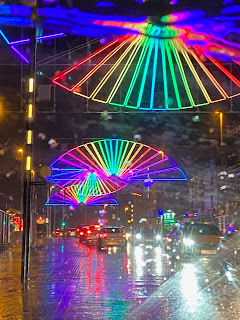 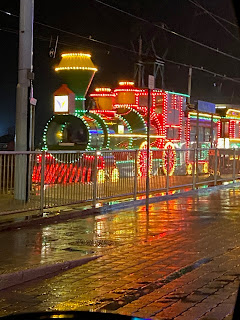 And here's the tram we went on last year! 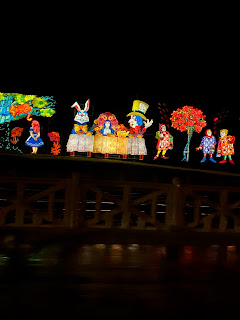 These lights are up near Bispham, I liked the Alice in Wonderland theme
Posted by Rebecca at Thursday, December 01, 2022