Blog Every Day in August - Day 8

Today's theme is something I've made, and I actually made tea tonight! Lee asked for a fish pie earlier in the week, so he bought the ingredients and I made it.

First I poached the fish in milk in a frying pan, I also had onion in the milk because I like onion. After ten minutes, I strained the milk into a jug and flaked the fish (2 small cod fillets and 2 salmon fillets) into a dish with the onion. I hardboiled two eggs and quartered them and put on the fish. Lee thinks this is a pointless exercise but I really like hardboiled eggs so! I made a sauce with a packet of parsley sauce and the leftover milk, but you can also make a white sauce. I poured the sauce over the fish.

Meanwhile the potatoes had been steaming in the steamer so I mashed them with a little butter and milk, spread them over the fish stuff and sprinkled grated cheese on top. We baked the dish on gas mark 6 for 30 minutes. It was delicious and incredibly filling! 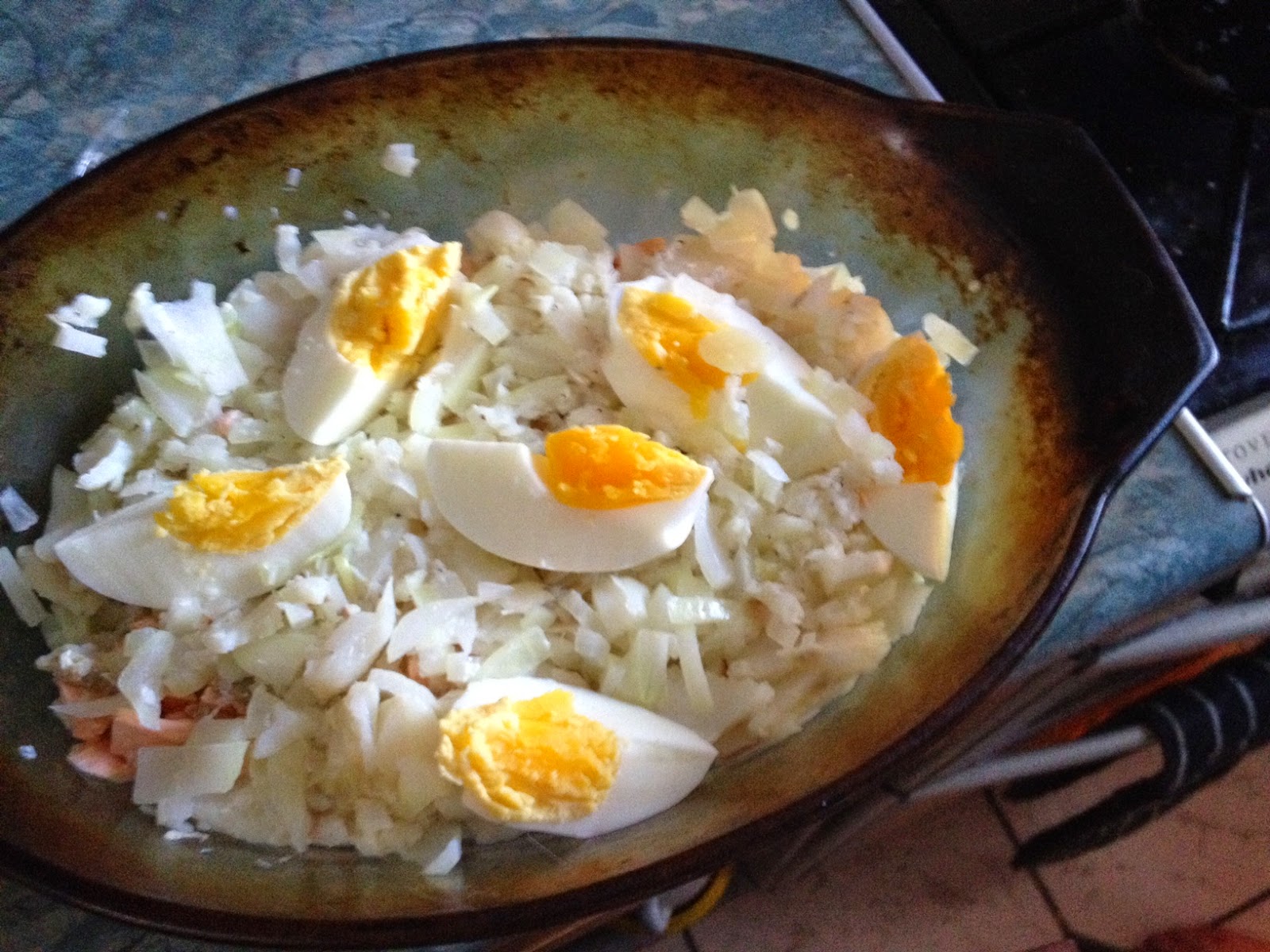 Fish mixture and eggs before the sauce was poured on 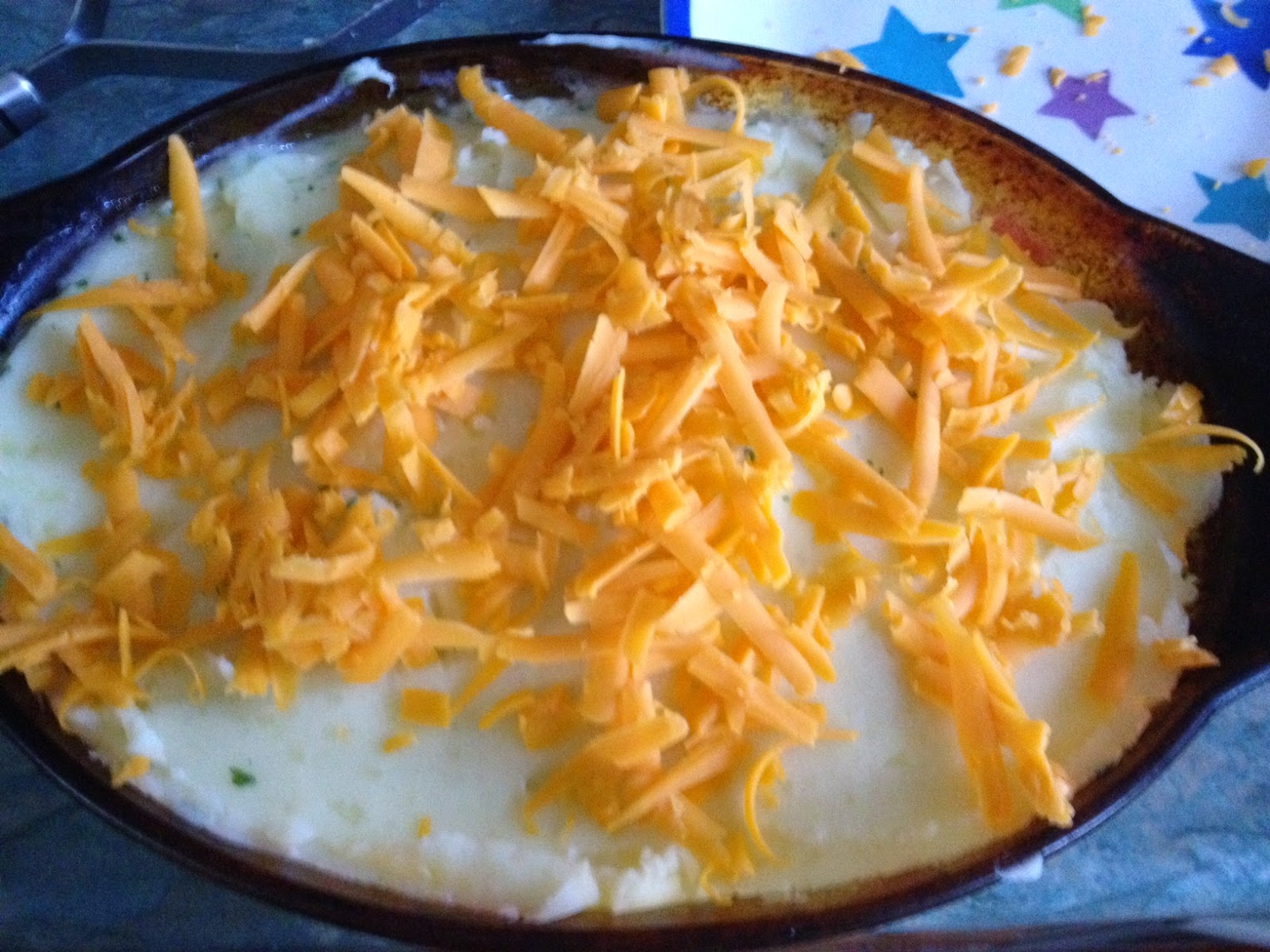 Ready to go in the oven 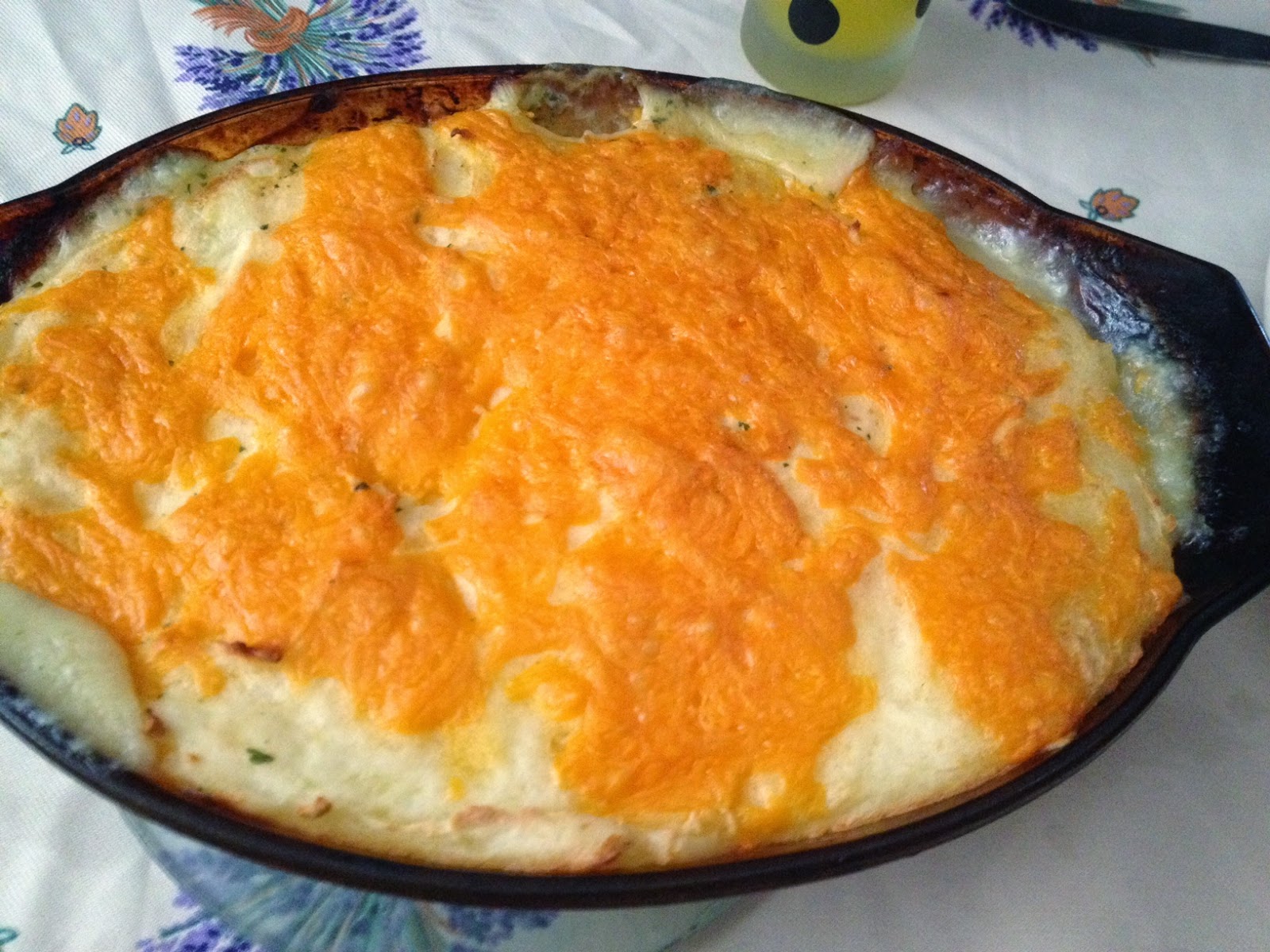