For Lee's birthday I bought him a weekend away in Northumberland. He needed a break especially from work, and it's always nice to spend time with each other. Lee is from Durham which is close to where we were staying, so we arranged to see lots of his family while we were there.

We set off on Friday afternoon and headed up the A19 to Cresswell Towers. We easily got checked in and drove to our Bronze caravan. To say it was the most basic I thought it was lovely! It had a bedroom and bathroom at one end, second bedroom and a kitchen in the middle, and a big living/dining area. The kitchen was well equipped so we made our curry and settled down to watch a film, but not before we had wandered along the beach for a bit. 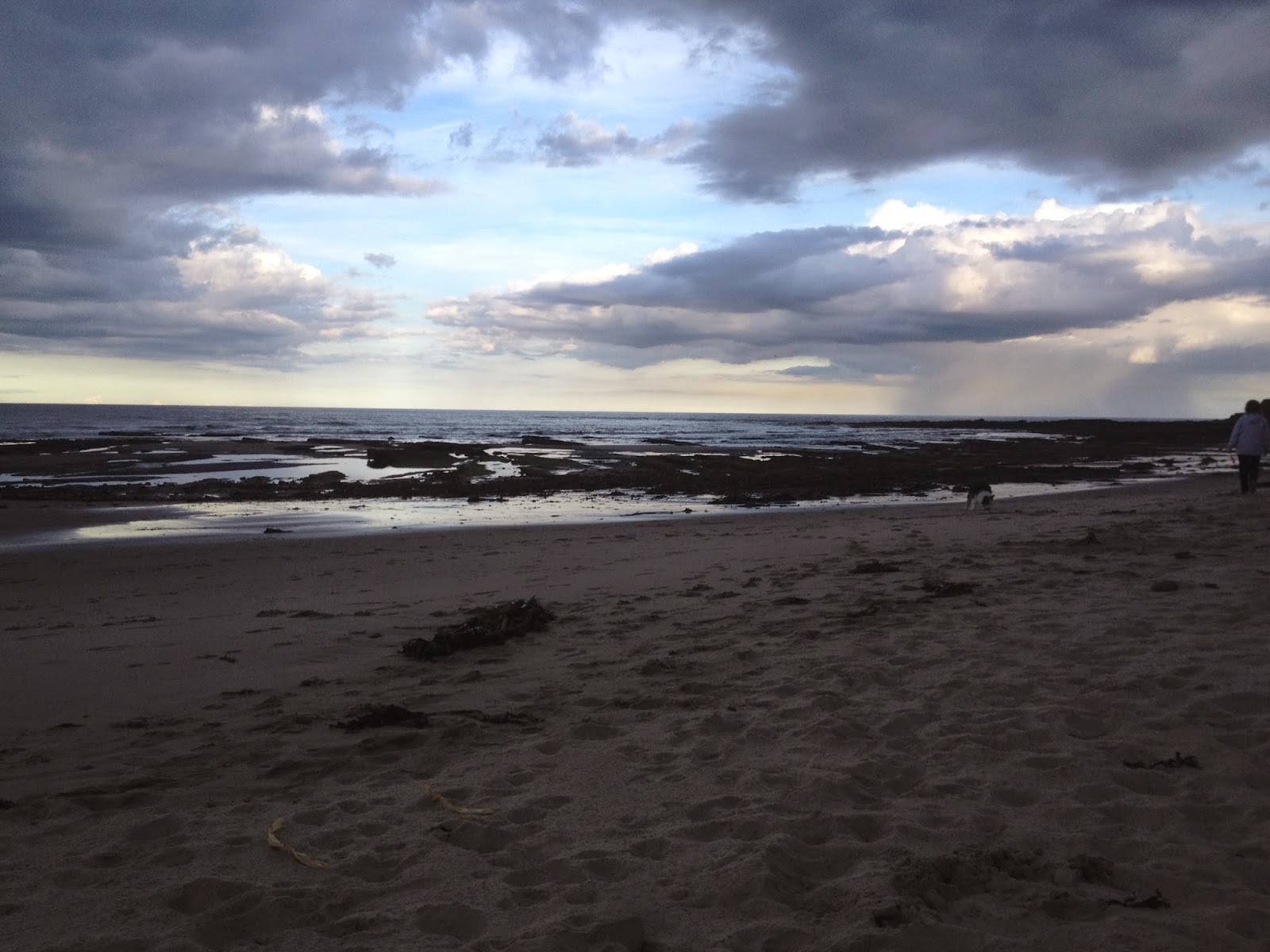 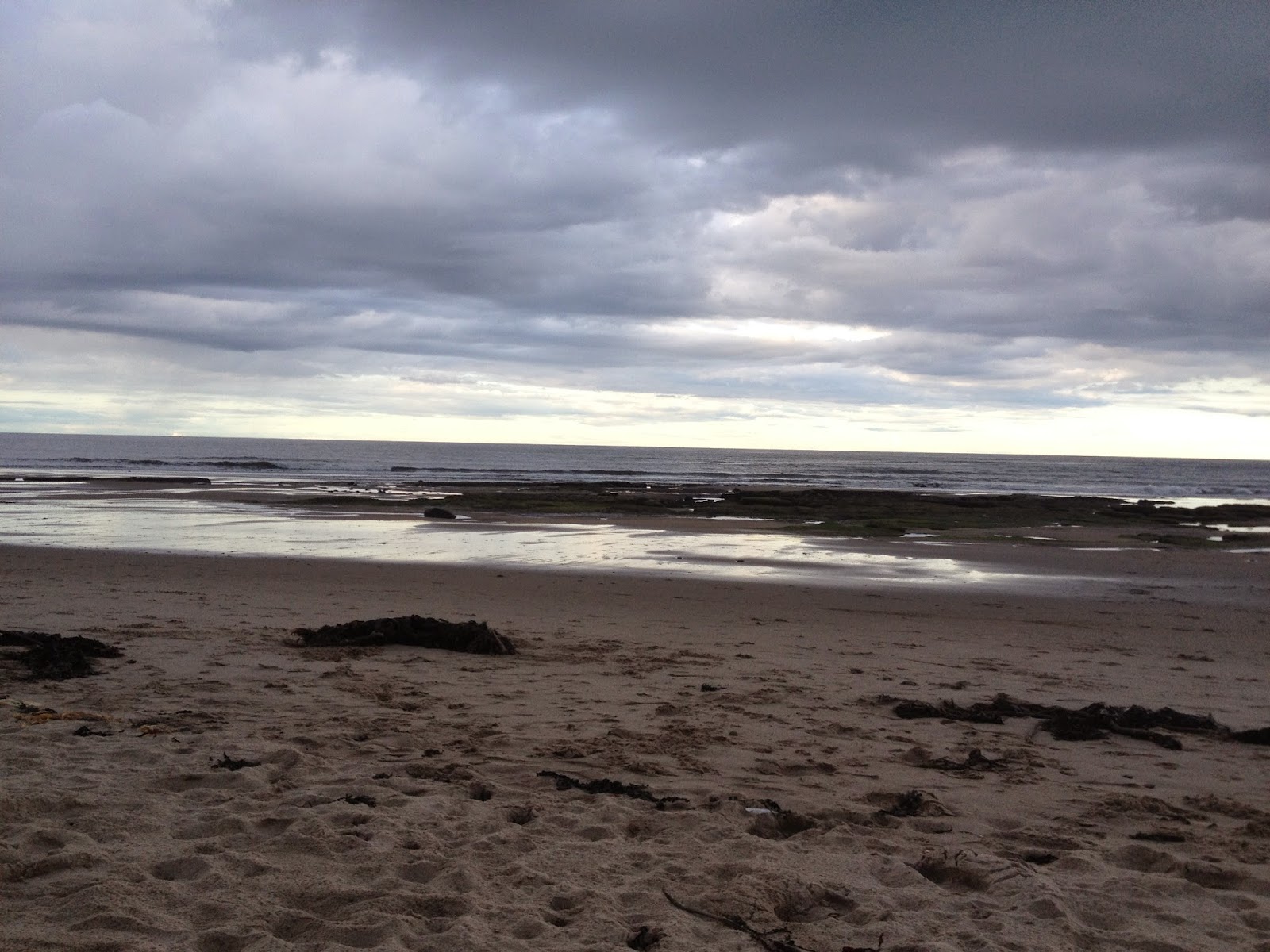 Wasn't it gorgeous? I even paddled a bit - I have some 'beach shoes' which make even the North Sea palatable to my feet!

On Saturday we went swimming for a bit, then drove to South Shields to meet up with Lee's mum, stepdad,  one of his brothers, sister, and her twin babies (her elder daughter was dancing so couldn't come). We had fish and chips on the beach front, then played mini golf. Lee won, because he always does. We played in the amusement arcade for a bit, then Lee, Daniel and I played ten pin bowling which I haven't played in years but I really enjoyed it! 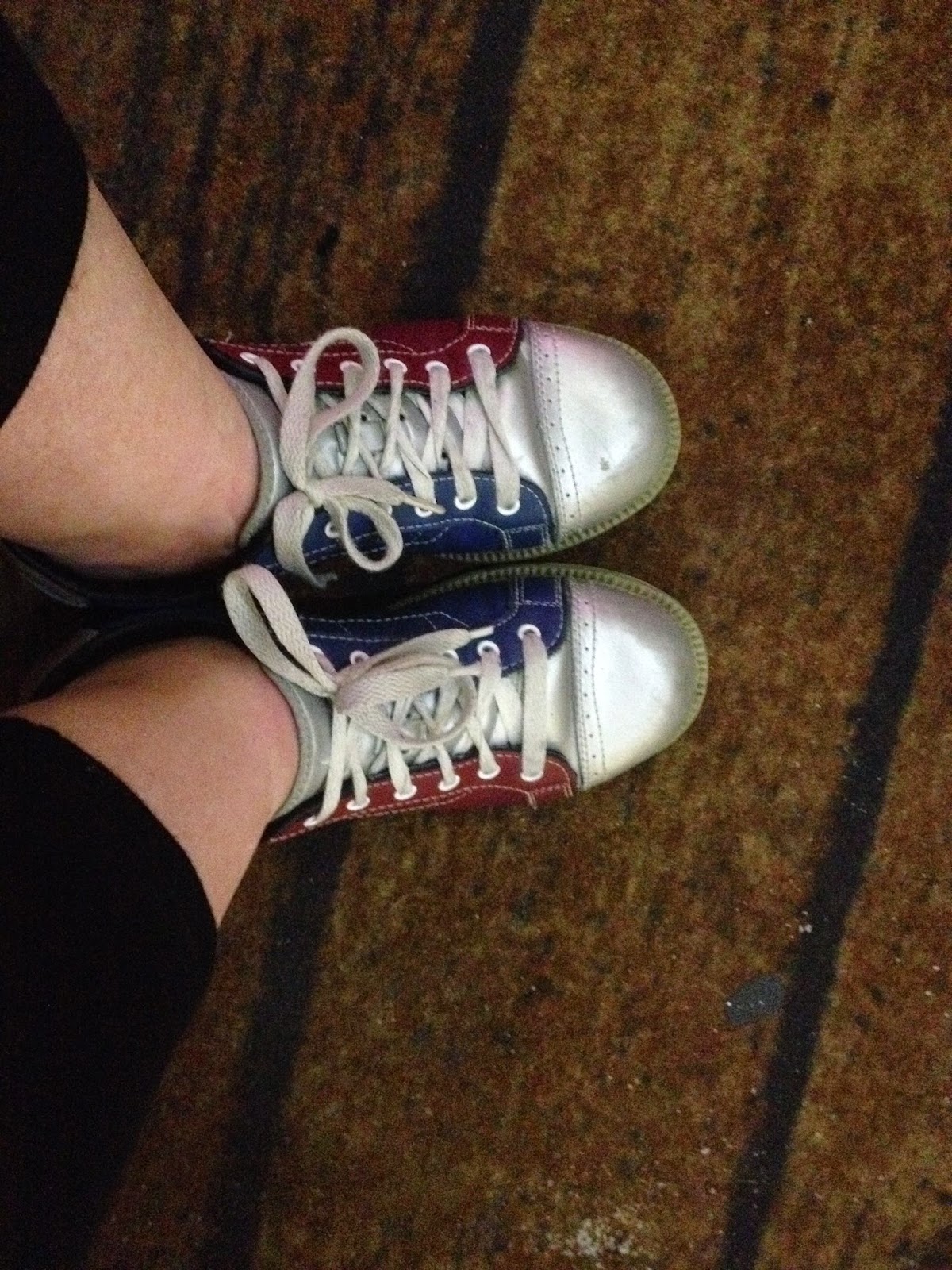 Look how cute the bowling shoes were!

On Sunday we drove to Morpeth to see Lee's dad and stepmum. We had a wander round and ate lunch in a really nice Italian restaurant. On the way back Lee and I went up to Amble where we played pool in the amusement arcade, and then again we had a lovely chilled evening in the caravan.

Yesterday morning we just packed up and then drove to Gateshead where we saw our friend Paul. He's just bought a house there so we looked round, then went out for lunch.

Gosh, it was a whirlwind tour around the North East but we really relaxed and got to see some people, too :)