In 2007 Lee went to the Rebellion punk festival in Blackpool for 3 days with his brother Andrew and friend Paul. While he did, I invited a bunch of internet friends to come and hang around with me. Thus the first Weekend of Awesome was born. I've had it most years for the last 8 and genuinely, if I invite you, you're welcome to come. My rules are simple: bring comfy clothes, a sleeping bag, some alcohol, some cash, maybe a craft or something.

This year Lee decided not to go to Rebellion so he was around the whole weekend which was actually lovely. I hope he enjoyed himself too?!

On Friday Lee and I had to see the mortgage advisor (we're not moving, just remortgaging) but then we went to Sheffield to get my friend Jane. But then the rain started! Visibility was down to almost nothing and the flooding had already started near our house. 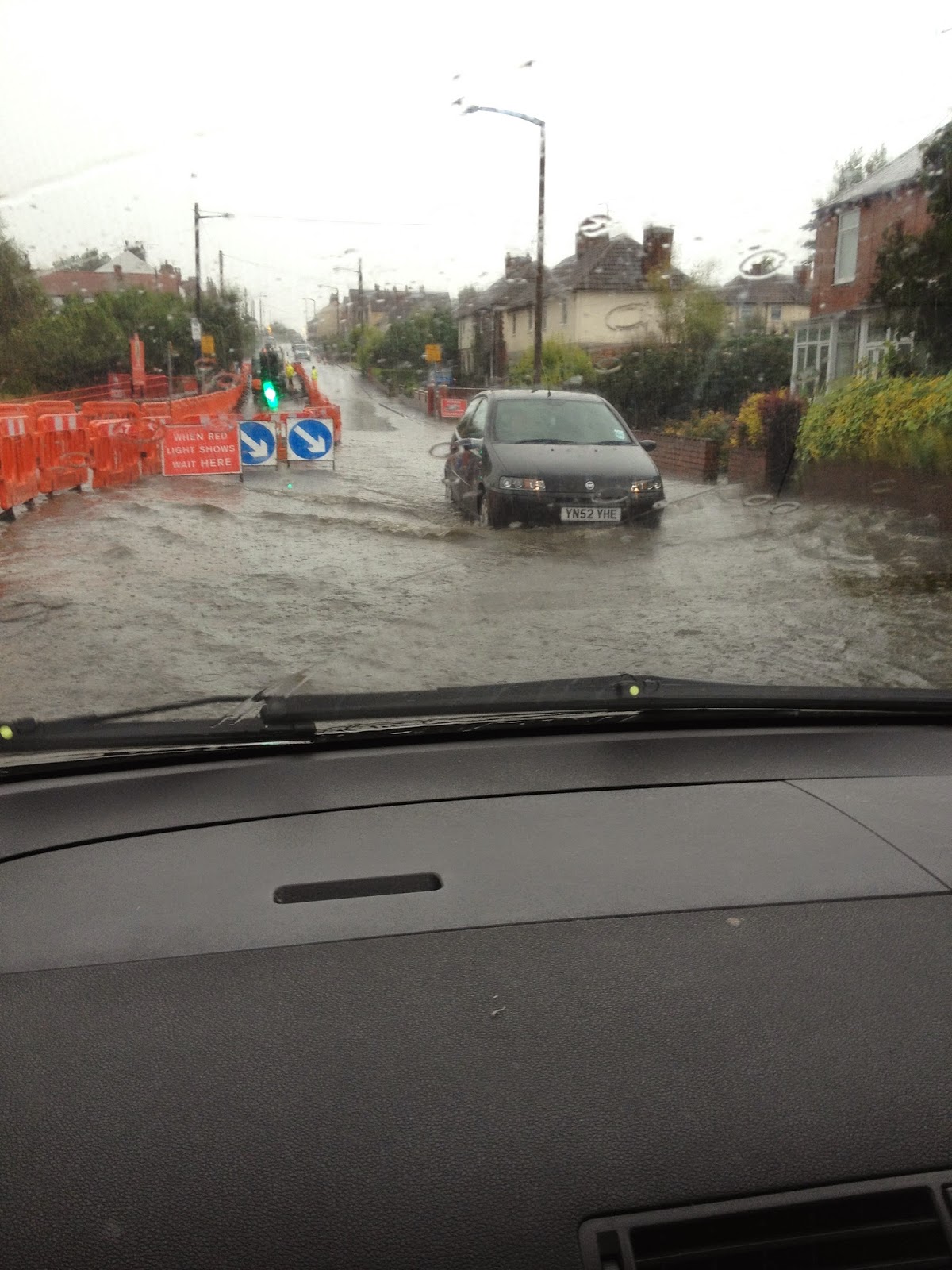 The traffic lights were already in place and causing chaos, but the rain certainly didn't help! Leanne got soaked on her way to ours, so she got straight into her pyjamas while Jane and I went to get food. 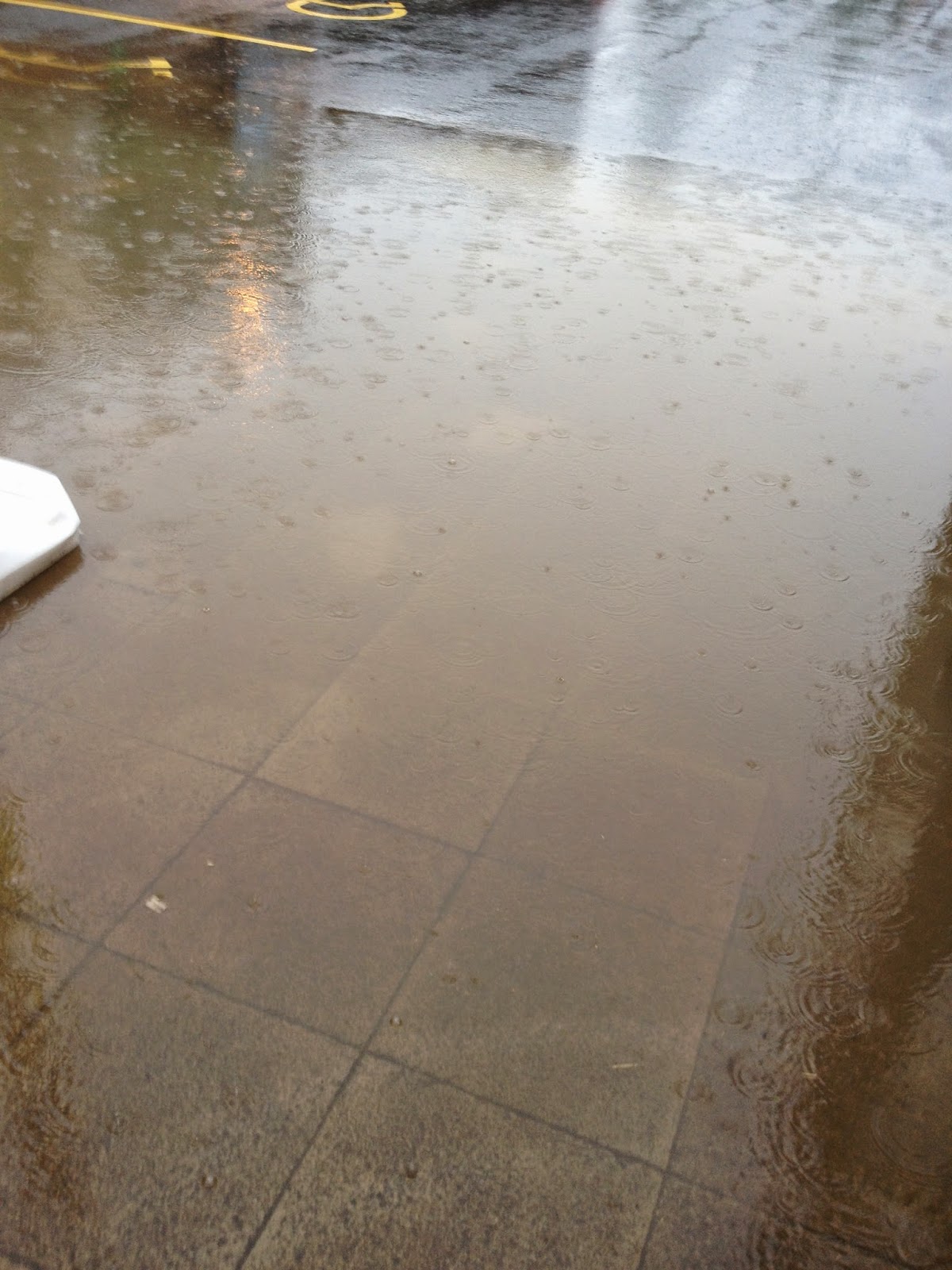 This was the car park of the local shop!

However, Saturday was beautiful! My weather app had promised it would be, so we headed off to Wakefield to pick up Kim and Jacqui. Jacqui is one of my very best friends and I see her quite a lot, but I haven't seen Kim for years so it was lovely!

We bought lunch and then went to the park. Despite the rain the night before, the ground was relatively dry and with a couple of picnic blankets and chairs we were fine! 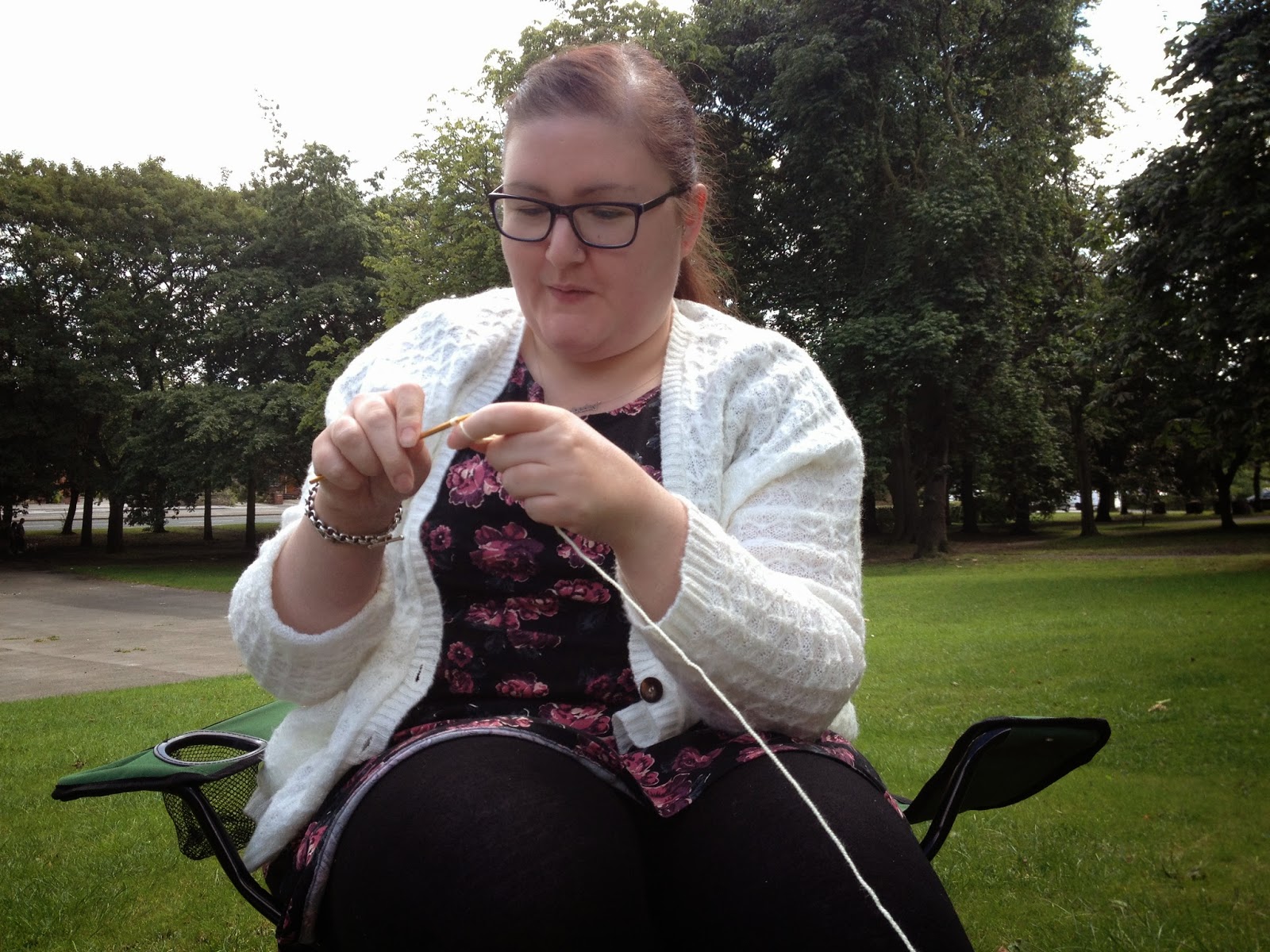 I took some wool and plenty of hooks so here are photos of everyone learning to crochet! This is Kim. 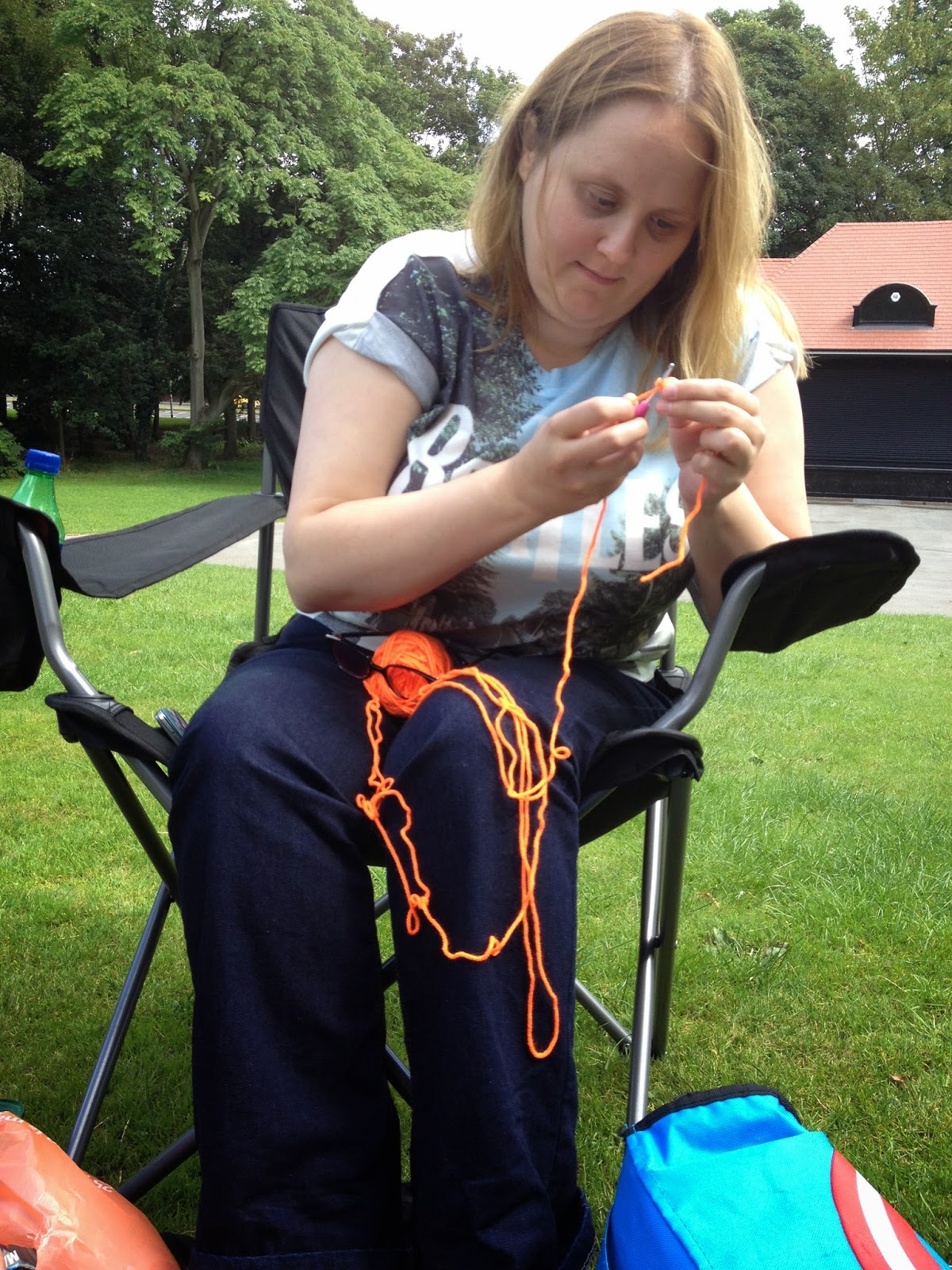 This is Jacqui, who persevered the longest! 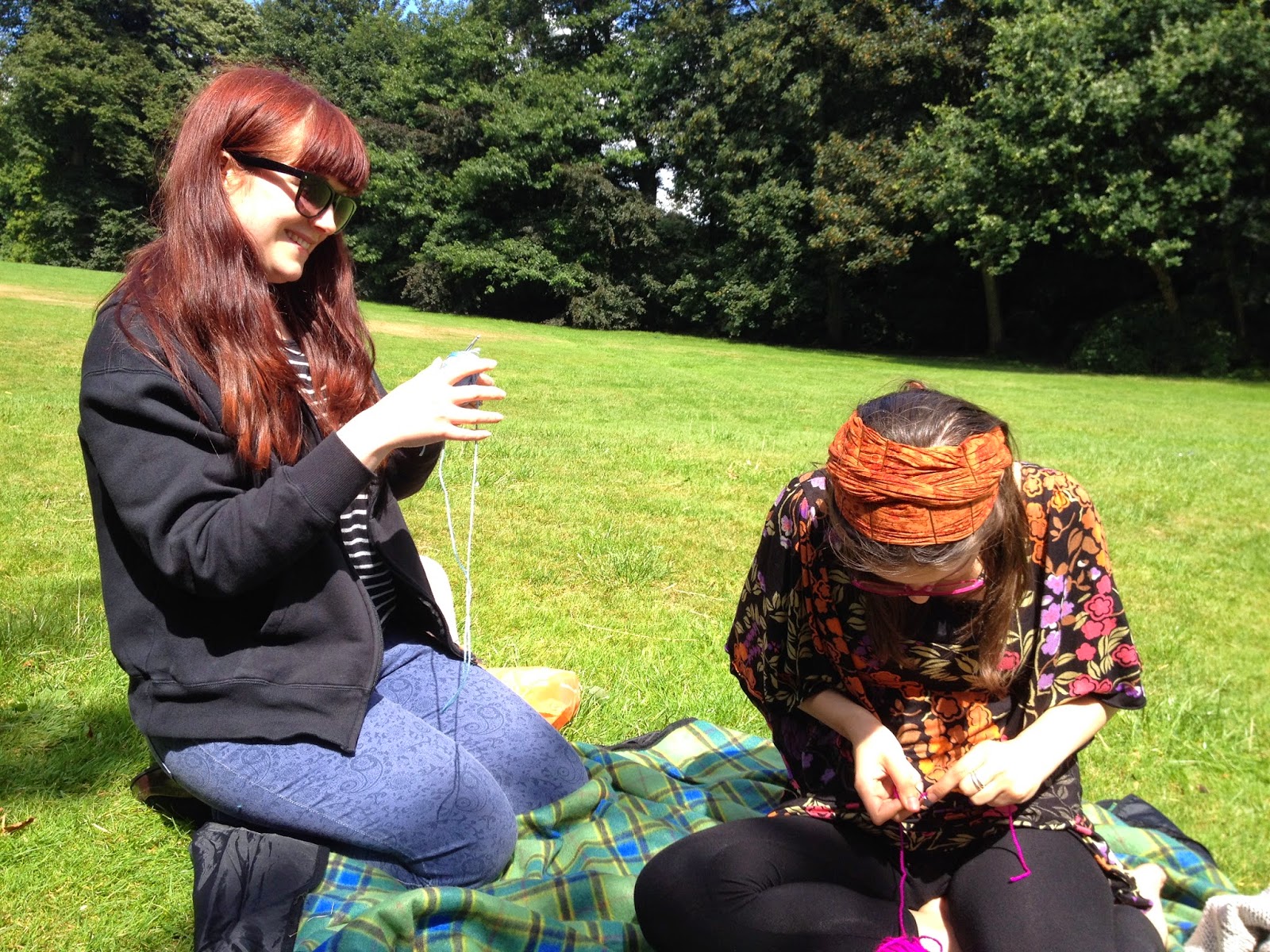 This is Leanne and Jane. Leanne gets married in four weeks!

Lee was also there, but he doesn't like photos so I didn't bother!

Leanne and Kim had to leave us, so we went home via the supermarket to get barbecue supplies! Sam then arrived - she's my very best friend and she lives in Huddersfield. She was mostly in charge of the barbecue. We just did burgers in buns with salad, very simple but delicious! We stayed outside chatting until about 10pm. It hadn't rained on us all day and Jacqui and I were quite sunburnt!

This didn't last, though. Today the torrential rain started again, so we just stayed in chatting. People have all gone, now, but I'm so glad to have such lovely friends and thankful that they will come to visit me :)